← more from
Ninja Tune
Get fresh music recommendations delivered to your inbox every Friday.

A View of U 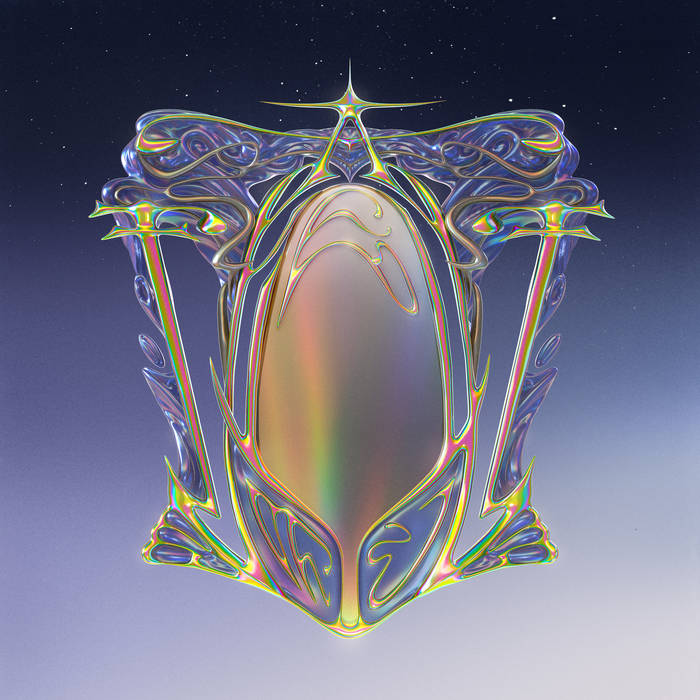 kowajunka a stunning achievement, and my aoty for 2020. absolutely incredible, even after many returns to it (and the album design is incredibly intricate and very much worth picking up!) Favorite track: Kane Train (feat. Freddie Gibbs).

s.loya I’ve followed Travis Stewart’s Machinedrum, as well as other projects from early on, collecting almost everything he’s released. What always amazes me is his ability to remain true to a certain Machinedrum aesthetic while boldly exploring new musical frontiers. A View of U indulges in Stewart’s longtime love of drum n’ bass, while incorporating an array of talented vocalists and a forward-thinking pop musicality. This only enhances the underground sounds throughout this masterwork of a Favorite track: Star (feat. Mono/Poly & Tanerélle).

Machinedrum (aka Travis Stewart) will release his new album “A View of U” on 9 October 2020 via Ninja Tune. It’s the LA-based producer’s ninth solo album in a glittering career that has cemented his reputation as “one of electronic music’s biggest and brightest stars” (DJ Mag). It features an incredible cast of collaborators including Sub Focus, Chrome Sparks, Father (Awful Records), Freddie Gibbs, Mono/Poly (Brainfeeder), Tigran Hamasyan, Jesse Boykins III, Rochelle Jordan and Tanerélle.

A truly career defining record for the North Carolina born producer, “A View of U” distills his signature fusion of IDM, UK rave, jungle and bass culture blended with myriad US regional hip-hop and club music styles. Evoking a pace, warmth and groove synonymous with “Vapor City”, it’s a potent and masterfully executed fusion. From the trunk-rattling swagger of ‘Kane Train’ featuring Freddie Gibbs and ‘Spin Blocks’ with Awful Records founder Father, to the deep ‘n’ deadly subs of ‘1000 Miles’, a future liquid D&B anthem with drum & bass royalty Sub Focus, and ‘Sleepy Pietro’—a collaboration with the acclaimed Armenian jazz pianist Tigran Hamasyan—the depth and quality running through this album is astounding.

A keen advocate of meditation, Stewart explains that the tools he has learned from his daily practice—in this case the ability to step back from his art and view it with greater objectivity—were fundamental to the process of completing the album, often allowing him to reach a point where he feels like he is leaving his body and is surrounded by infinite space. “I view myself from outside myself with love and admiration, proud of all my achievements as well as the wisdom I've gained from failures,” he says. “It is from this out of body place of loving awareness and non judgement that I am able to objectively look at all my behaviours, thoughts, feelings and emotions.”

“A View Of U”—the use of "U" represents the Universe or the Infinite—is based on this concept of having an out of body experience (OOBE). “The feeling of being out of your body feels infinite. It feels like time has stopped. It feels like the birth of creation,” explains Travis. “It feels like the impossible becomes possible. It feels unfamiliar and familiar at the same time. It feels scary at first but once you let go of that fear and surrender to the experience it feels incredibly beautiful and life changing.” He began thinking about how the power of the OOBE is also felt in the song creation process. “When I am in the creative zone I tend to forget time, who I am and where I am,” he explains. “As I became aware of my OOBE through song creation, choosing what songs should go on an album as well as through my meditation, I realized that this was meant to be the central theme of the album.”

Machinedrum is a rarity in dance music. Aside from his chameleon-like ability to skip—apparently effortlessly—between tempos and styles, he has earned the admiration of his peers and fans alike for his consistently progressive approach to electronic music. Transcending scenes and eliciting support from talismanic figures such as DJ Rashad, Diplo, Goldie, Bonobo and Modeselektor, there are few producers so universally respected. If 2011’s “Room(s)” was a warning shot, then the release of “Vapor City” in 2013 was the year that Stewart really came to the fore. Never happy to rest on his laurels, Stewart’s follow-up “Human Energy” (2016) was a further distillation of his vision—a no holds barred, futuristic, hyper-colour assault that ventured into poppier territory.

“A View of U” is released on 9 October on smoky marbled vinyl in a beautiful gatefold sleeve, CD and digital formats with stunning artwork by Pilar Zeta and custom typography by Victor Scorrano.

Travis Stewart known as Machinedrum has produced and composed over a dozen albums under various aliases since his first independent release in 1999. Covering an astonishing variety of styles with ease, through solo Machinedrum work and with collaborative projects Sepalcure, JETS, Dream Continuum, or other mutations, Stewart has established himself as electronic music's true Renaissance man. ... more

Bandcamp Daily  your guide to the world of Bandcamp